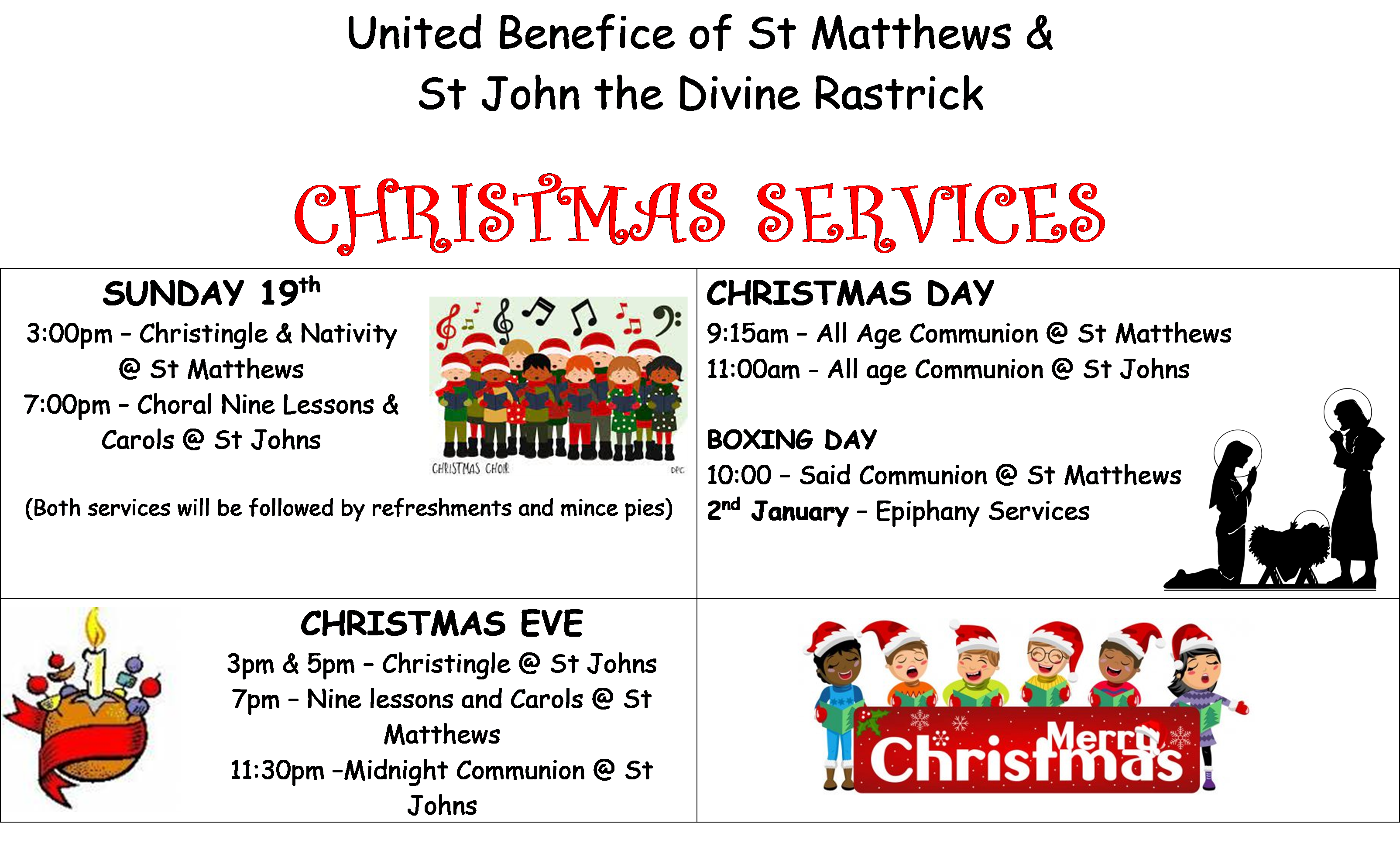 The present church was completed and dedicated in 1915, and in 1916 it became a separate parish. It’s origins, however lay some years before, when St John’s school and mission room, were constructed and opened in 1874. In 1892 the school was closed and a new school constructed across the road on Gooder Lane, called ‘Victoria School’. This building still exists but is no longer a school. The mission hall was remodelled and refitted and opened in 1893.

In 1901 the land was sold to make way for the railway line, and all buildings were demolished. The money received was utilized in building a new mission hall, which is now the current church and community hall. It was not long before it was realised that the building was not large enough to accommodate the population.

Over the years there had been an increase in building in the lower Rastrick area, and also the construction of a brick factory, (long since demolished) and therefore the population had increased greatly. The decision was taken to build a new church in the area, and in 1913 the foundation stone was laid. On Christmas Day 1914, the church was dedicated and on the 27th November 1915, the church of St John the Divine was consecrated. Up until this time the mission and initially, briefly, the new church had been staffed by curates from St Matthews, but in 1916 St John’s became a separate parish. In 2008 the two parishes of St John and St Matthew became a united benefice.

Many improvements have been made over the years; very fine stained glass West and East windows, new chairs, new heating system in the church. In the hall; cinema facilities, meeting rooms, refitted kitchen to mention but a few. We are currently looking at the possibility of a servery and new toilets in the church, as the building is sometimes used for concerts and other events and needs it’s own facilities, rather than using the hall’s.

The church and hall have a good sized car park and a grassed area, upon which events are sometimes held. The vicarage (at St Matthew’s) is only 5 minutes away by car.

For a quick look inside the church, may we refer you to the following You Tube music video produced by David Robertshaw who comes from the area;.

Taking a pilgrimage through the church building

Every time Christians enter church and progress through an act of worship we go on a physical journey through the building which is a microcosm of the journey of faith and of life itself.

Before leaving the church building

We use cookies on our website to give you the most relevant experience by remembering your preferences and repeat visits. By clicking “Accept All”, you consent to the use of ALL the cookies. However, you may visit "Cookie Settings" to provide a controlled consent.
Cookie SettingsAccept All
Manage consent

This website uses cookies to improve your experience while you navigate through the website. Out of these, the cookies that are categorized as necessary are stored on your browser as they are essential for the working of basic functionalities of the website. We also use third-party cookies that help us analyze and understand how you use this website. These cookies will be stored in your browser only with your consent. You also have the option to opt-out of these cookies. But opting out of some of these cookies may affect your browsing experience.
Necessary Always Enabled
Necessary cookies are absolutely essential for the website to function properly. This category only includes cookies that ensures basic functionalities and security features of the website. These cookies do not store any personal information.
Non-necessary
Any cookies that may not be particularly necessary for the website to function and is used specifically to collect user personal data via analytics, ads, other embedded contents are termed as non-necessary cookies. It is mandatory to procure user consent prior to running these cookies on your website.
SAVE & ACCEPT